New appliance in an older home 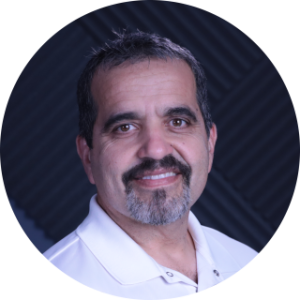 Older 3-wire wiring may not be NEC compliant. NEC 250.140 states that “Frames of electric ranges, wall-mounted ovens, counter-mounted cooking units, clothes dryers, and outlet junction boxes that are part of the circuit for these appliances shall be connected to the equipment grounding conductor (ground wire). Articles 250.134 and 250.138 also state that the grounding conductor may be fixed and run with the power conductors, or may be a separate flexible wire or strap.

These requirements pose a problem for houses that have been wired with the older 3-wire multiconductor cables as opposed to the newer standard of 4-wires. The older wiring consisted of 2 separate phase conductors rated at 240 volts from phase to phase and 120 volt to ground, and also a neutral, or “grounded conductor”, not to be confused with a “grounding conductor” or ground wire. The larger loads from the range or appliance, such as the heating elements, would be fed by the 240-volt circuit, while the smaller loads would be supplied by one of the phase conductors and there would be a return path through the neutral conductor for the incidental 120 volt loads such as the stove light, clock, and timers. This wiring was permitted prior to the 1996 edition of the NEC.

What can you do and still be in compliance with the NEC?

The exceptions will allow the metal frame of the equipment to be connected to the grounded conductor, or neutral wire, as long as ALL four of the exceptions are met.

Older appliance in a new house

Therefore, an older appliance that is connected to a newer 4 wire system must have its 3-wire cord replaced with a 4 wire cord and one of those 4 wires must be an equipment grounding conductor. The appliance bonding jumper between the neutral wire and the metal frame of the appliance must be removed.

A newer appliance in an old house

A new appliance that is connected to an older 3-wire branch circuit without an equipment grounding conductor must have an equipment bonding jumper connected between the metal frame of the appliance and the grounded, neutral, conductor. The neutral is permitted in this case to be used to ground the frame of the appliance as long as ALL four of the exceptions listed above and found in Article 250.140 are met.